The Underground Church Network is partnering with Hosanna Church Ministries in Kathmandu to rebuild Nepal and to fund the gospel in this broken part of the world.

On April 25, 2015, Nepal was hit with a massive, devastating earthquake that shook the country and became worldwide news instantly. Pastor Raju and his team are all safe, however damage was sustained to their building and the rebuilding of their community will not be a short work.

If you would like to be a part of our mission, please consider supporting our efforts. Join us in giving to their relief by making a donation. In the memo section of your gift please put “Nepal Relief”. Most importantly, keep our church brothers and sisters in prayer as they reach out to a devastated community.

Hosanna Church Ministries has seen tremendous success since its beginning. With Bible schools, church planting missions, and orphan and at-risk children ministries, Pastor Raju Sundas and his team have seen a mighty work of God in Nepal.

Thank You for Giving!

On May 5th, four teams were sent out to four major regions that were devastatingly affected by the earthquake; Gorkha, Haibung, Helambu and Mudkhu. Four villages within Gorkha, the epicenter, were visited and aid was delivered. Between these villages, Panteswara, Aapswara, Masar and Raniban, 80 bags of rice, 80 sets of medical supplies and mattresses were supplied in turn providing for 110 families.

The last team went to Tarkeshwor in the Mudkhu area. Hosanna Church Ministries was able to cater for the entire village’s needs; 70 families. The volunteers distributed 70 bags of rice and 70 medical sets.

Overall, it was a very successful day for HCM and our volunteers. From the work of our volunteers, hundreds of desperate and isolated individuals were given aid. Their smiles and true heartfelt gratitude shows what a difference we are able to make in the lives of people around us. The aid distributed affected 1,540 individuals; 560, 180, 380 and 420 individuals in Gorkha, Haibung, Helambu and Tarkeshwor now have food for dinner tonight. On this one day, HCM is now four steps closer to reaching our goal of providing aid to six different earthquake affected areas. 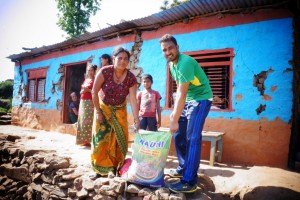 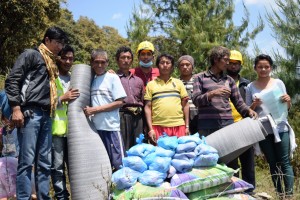 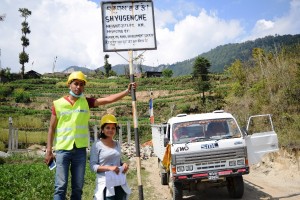 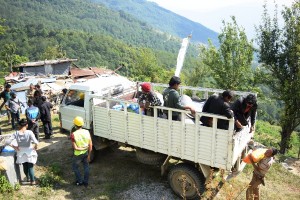 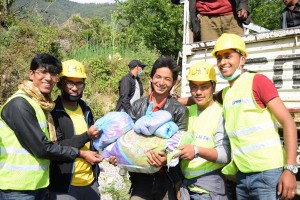 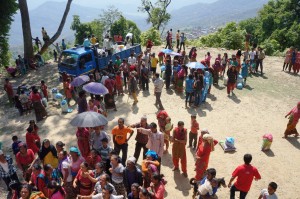 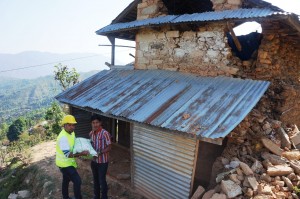 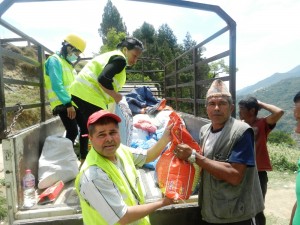 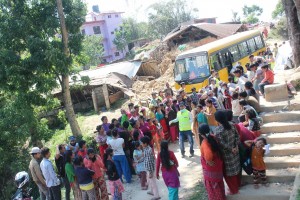 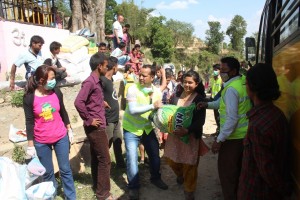 Rocky Veach is a respected leader, preacher, and pastor within the Christian community. He is best known for his passionate, people-building approach to ministry both in the United States and abroad. Read full biography.